According to recently released Census information, the number of young adults cohabitating with their parents is now at the highest recorded rate (30.3% nationwide and 27.7% in Virginia) since the early 1980s. One of the implications of the slowdown in household formation is that young men and women who graduate from high school or college are not leaving home as rapidly as they once were. These men and women may be more likely to do this if they have excessive debt from school or are unable to access credit markets to purchase homes, cars, or other things that would be associated with “starting one’s life on their own.” Currently, “the average Class of 2014 graduate with student-loan debt has around $33,000 to pay back” which coincides with rising tuitions at both public and private universities, and reduced funding from states who are facing their own budget deficits (JMU). Not only is the inflation-adjusted debt load per student rising, the number of students leaving college with debt is rising as well. This rising aggregate student debt helps explain some of the rise in parental cohabitation, but much of the reason lies elsewhere.

While aggregate debt is rising rapidly to 11.8 trillion, it is still below the levels that it hit at the previous peak of $12.7 in 2008. Thus, debt has a cyclical feature, as rising debt is usually associated with rising delinquencies, as increased debt burdens lead to more people being unable to pay their bills on time. It is notable that we are seeing rising delinquencies in various types of debt including student and car loan related data.

Think about how to weave your thoughts here around factual data or academic research. Do not simply recite the numbers posted here, but dig into these stories a bit more. 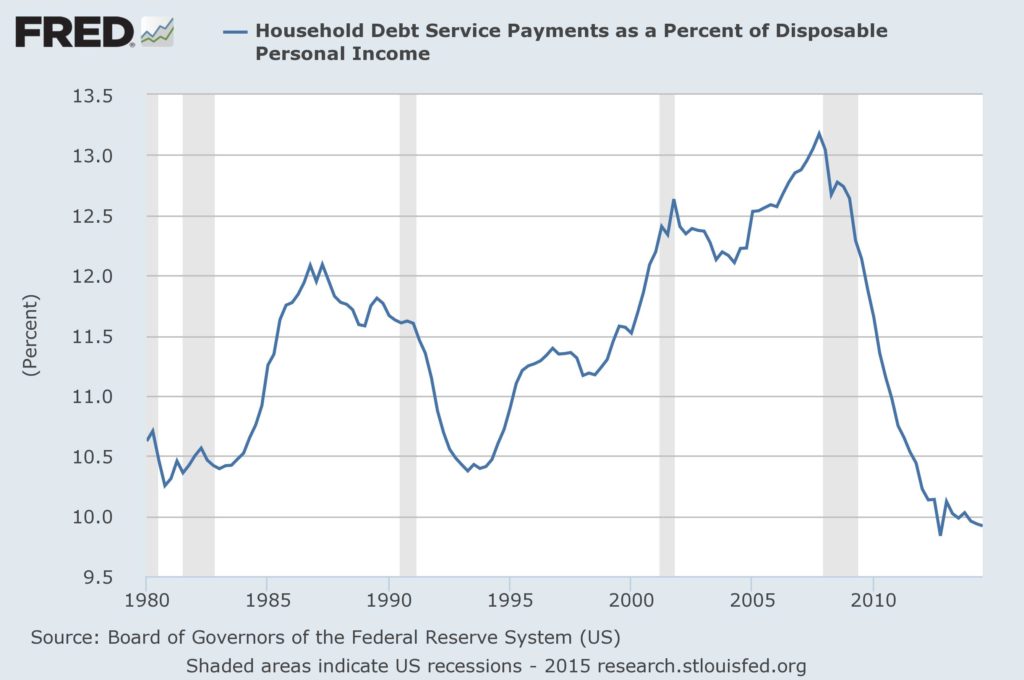 15 thoughts on “ECON430-Topic #2: Growth of Credit and Household Formation”